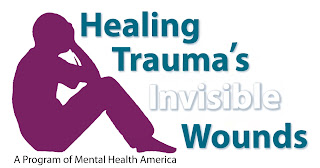 This May is Mental Health Month, the Ohio Psychological Association's Committee on Social Responsibility is raising awareness of trauma, the devastating impact it has on physical, emotional, and mental well-being, and how therapeutic techniques based in neuroscience can mitigate these effects and create dramatic changes in people’s lives.

A traumatic event—which threatens our lives, our safety or our personal integrity—can affect us profoundly.

“Most people think that “trauma” refers to physical trauma that occurs as a result of a car accident or assault,” said Kathleen Ashton, Ph.D., Psychologist at the Cleveland Clinic. “But it’s much more than that.”


Trauma has tremendous human and societal costs. Trauma is the leading cause of the death of children in this country. The effect of trauma on productive life years lost exceeds that of any other disease. The economic cost of 50 million injuries in the year 2000, alone, was $406 billion. This includes estimates of $80 billion in medical care costs, and $326 billion in productivity losses. And the predicted cost to the health care system from interpersonal violence and abuse ranges between $333 billion and $750 billion annually, or nearly 17 to 37.5 percent of total health care expenditures.

“As a society, we are just beginning to deal with trauma—bringing it out of the shadows, finding new ways of healing its wounds, and casting off the shame that prevents trauma survivors from seeking help,” said Dr. Ashton.

When children or adults respond to these traumas with fear, horror and/or helplessness, the extreme stress is toxic to their brains and bodies, and overwhelms their ability to cope, Dr. Ashton said. While many people who experience a traumatic event are able to move on with their lives without lasting negative effects, others may have more difficulty managing their responses to trauma.

Until recently, trauma survivors were largely unrecognized by the formal treatment system. The costs of trauma and its aftermath to victims and society were not well documented. Inadvertently, treatment systems may have frequently re-traumatized individuals and failed to understand the impact of traumatic experiences on general and mental health.

“Today, the causes of trauma—sexual abuse, violence in families and neighborhoods, and the impact of war, for example—are matters of public concern,” said Dr. Ashton. “But more needs to be done to recognize the devastating impact of trauma and successful approaches to treatment.

Many trauma survivors have formed self-help groups to heal together. Researchers have learned how trauma changes the brain and alters behavior.

A movement for trauma-informed care has emerged to ensure that trauma is recognized and treated and that survivors are not re-victimized when they seek care.

“It is critical that these efforts strengthened and we heal the invisible wounds of trauma,” Dr. Ashton said. “They are crucial to promoting the healthy development of children and healthy behaviors in families, schools and communities that reduce the likelihood of trauma.”

Mental Health Month was created more than 50 years by Mental Health America, to raise awareness about mental health conditions and the importance of mental wellness for all.

With over 1,600 clinician, academic, affiliate and student members, the Ohio Psychological Association (OPA) is nationally recognized as one of the preeminent state psychological associations. A well-established leader within the field, OPA works hard to ensure the science and professions of psychology remain vital, relevant and at the forefront in Ohio.
Posted by Mary Lewis, Ph.D. at 8:19 AM No comments:

Send us a message if you want to take part in it this year and help spread the word.

In today’s harried world, it is not uncommon for women to wear many hats in their families. More often than men, statistics show they are tasked with caregiving responsibilities for both children and family members inside their home. As families across the country pause to celebrate the women in their lives this Mother’s Day, the Ohio Psychological Association is calling attention to the unique stressors that women face as caregivers and the health consequences they may experience as a result.

As health care decision makers and often caregivers for their families, women tend to put others’ needs before their own,” said Kathleen Ashton, Ph.D.“With so many competing responsibilities, women often don’t take time for themselves and their overall wellness can be compromised. This Mother’s Day, let’s give women a break and help them find healthy ways to manage stress and live well.” 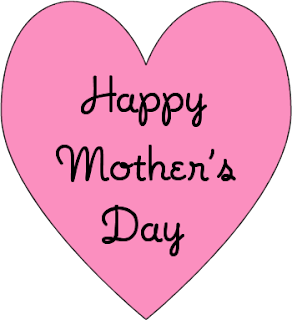 For more information on managing stress and mind/body health, visit www.apa.org/helpcenter, follow APA on Twitter @apahelpcenter and read the “Your Mind Your Body” blog at www.yourmindyourbody.org. Details of APA’s Stress in America survey can be found at www.stressinamerica.org.

With over 1,600 clinician, academic, affiliate and student members, the Ohio Psychological Association (OPA) is nationally recognized as one of the preeminent state psychological associations. A well-established leader within the field, OPA works hard to ensure the science and professions of psychology remain vital, relevant and at the forefront in Ohio.

The American Psychological Association, in Washington, D.C., is the largest scientific and professional organization representing psychology in the United States and is the world’s largest association of psychologists. APA’s membership includes more than 154,000 researchers, educators, clinicians, consultants, and students. Through its divisions in 54 subfields of psychology and affiliations with 60 state, territorial and Canadian provincial associations, APA works to advance psychology as a science, as a profession, and as a means of promoting health, education, and human welfare.