This annual summary of the latest statistics on the older population covers 15 topical areas including population, income and poverty, living arrangements, education, and health. A description of the highlights of this document can be found below.

The Profile has proven to be a very useful statistical summary in a user friendly format. It is a web based publication and will be posted shortly on the AoA web site.

The recent media coverage about the earthquake in Japan and subsequent tsunami has generated some anxiety. For people with friends and family living in regions affected by earthquakes, watching news coverage of the earthquake’s devastation can be very distressing, particularly if there is no news on their safety and well-being. Even for those without personal connections to the country, the news coverage can be overwhelming. The APA Help Center has some excellent suggestions about managing stress during these times, including (1) turn off the TV, (2) control what you can, and (3) engage in health behaviors. For more information and details about coping, please visit the "Managing Your Distress About the Earthquake from Afar" brochure website.
Posted by Mary Lewis, Ph.D. at 8:43 PM No comments:

The website is geared towards both parents and children. Resources such as "Recognizing the Warning Signs" and "How Do I Get Help?" are prominently featured on the website. Information regarding cyberbullying, state policies and laws, and violence prevention program directories are also available on the website.
Posted by Mary Lewis, Ph.D. at 7:30 PM No comments: 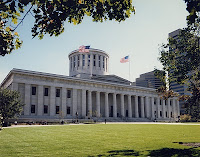 OPA is hosting a health fair at the Statehouse in Columbus on May 25th in conjunction with their annual Legislative Day. Our hope is to educate legislators and state workers about the value of psychology. We will have six tables, including health psychology, childhood obesity, SMI, stress management, issues affecting veterans and the military, and addressing minority healthcare disparities.

We are looking for 12 psychologist volunteers. The time commitment is 8-1 PM or 4 PM if you choose to stay and meet with your individual state representatives. We will provide an orientation by phone conference and lots of materials to help you talk about the wonderful things psychology can do for the public. Please consider donating your time for this important event! Contact me at ashtonk@ccf.org if you are interested.
Posted by Mary Lewis, Ph.D. at 10:01 AM No comments:

The Gallup-Healthways Well-Being Index® is the first-ever daily assessment of U.S. residents' health and well-being. By interviewing at least 1,000 U.S. adults every day, the Well-Being Index provides real-time measurement and insights needed to improve health, increase productivity, and lower healthcare costs. The NY Times recently published an article entitled "The Happiest Man in America" and an accompanying map of the nation's well-being according to 20 indexes and sorted by Congressional District. Ohio appears to overall have lower rates of well-being than other states. For more information about Health and Well-Being from the American Psychological Association, please visit this link.
Posted by Mary Lewis, Ph.D. at 12:55 PM No comments:

Check out The Older Dad Blog on Psychology Today, written by Ohio Psychologist Kevin Arnold, Ph.D., ABPP! Dr Arnold is the director of the Center for Cognitive and Behavioral Therapy in Columbus, Ohio, and a licensed psychologist. Kevin is a clinical faculty member in the Department of Psychiatry at Ohio State University, as well as serving a number of leadership roles at the state and national level in cognitive-behavioral therapy and professional psychology. He will be a guest blogger for us in the near future, stay tuned!
Posted by Mary Lewis, Ph.D. at 9:07 PM No comments:

Whether you perceive the glass as half-full or half-empty could impact the way you react to pain and other medical treatments, according to a new study into the effects of negative thinking.

In the most sophisticated study on the subject to date, British and German researchers from Oxford University and University Medical Center in Hamburg subjected 22 healthy volunteers to heat pain, and then treated that pain with a fast-metabolizing, morphine-based painkiller, all the while scanning the volunteers' brains as they described their levels of pain.

The researchers discovered that by lying to the volunteers--for example, telling them that the painkiller was about to wear off and that they should expect pain to increase, even though the painkiller never actually stopped working--they could affect their perceived level of pain, according to the Associated Press. The brain scans confirmed increased activity in certain pain- and stress-related areas of the brain during these lies, suggesting that a patient's outlook has actual therapy-negating effects.

Although this is a small study, researchers suspect the findings could hold true in a broad range of areas, particularly the treatment of chronic illnesses. Chronic disease patients, the vast majority of whom are elderly, are generally conditioned to expect their treatments to fail, according to the AP. By studying the effects of negative thinking on therapy, researchers could find ways to overcome pessimistic patient views to enhance medical therapies, experts believe.
Posted by Mary Lewis, Ph.D. at 8:39 PM No comments:

The APA Education and Public Interest Government Relations Offices invite you to join us for the 2011 PsycAdvocates Day, which provides members with an exciting opportunity to serve as federal policy advocates for psychology. This day-long event, which will end in time for Opening Session of the APA convention, will begin with a morning federal advocacy training that will include an overview of the federal legislative process, strategies for effectively informing and influencing policymakers, and a briefing on current legislative issues on APA's advocacy agenda.

The day will culminate with early afternoon visits to Capitol Hill to meet with Members of Congress or their staff to advocate on pressing issues facing the psychology community. The congressional visits are a requirement for participation in the workshop. No prior advocacy experience or preparation is required to participate.

For more information or questions about this workshop, please contact Ben Vonachen at (202) 336-6097 or bvonachen@apa.org or visit the PsycAdvocates website at http://www.apa.org/news/events/2011/psycadvocates-day.aspx
Posted by Mary Lewis, Ph.D. at 9:44 PM No comments: 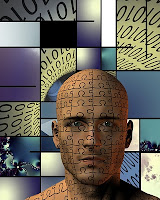 Please spread the news about the APA Science Showcase, a research demonstration program that will take place at the APA Convention in Washington DC, August 4 - 7. We hope the Science Showcase will feature some of the most intriguing and engaging science from our discipline. Please consider submitting a demonstration for this program.

The Showcase will take place in the Convention Center in an informal learning situation - this will not be set up like a regular session - with up to six different demonstrations on the program over the course of two days. Please identify engaging, stimulating demonstrations that you think will attract and keep an audience. These demonstrations should be only about 15 minutes long, with some additional time for discussion.

The benefits are substantial - not only will you help inform those in attendance about research in our field, you might be singled out as the best of the demonstrations, resulting in a prize of $3,000. In addition, all selected programs will receive support for expenses associated with mounting the demonstrations.

Please visit http://www.apa.org/science/programs/science-showcase.aspx for the full program description and application form. The deadline date for submissions is April 15, so please don't delay discussing this with your colleagues. Contact the Science Directorate (science@apa.org; 202-336-6000) if you have questions.
Posted by Mary Lewis, Ph.D. at 9:40 PM No comments:

Know a High School Psychology Teacher who makes a difference? Want them to be able to get funding for education or professional development? Please pass this information on!

The purpose of these awards is to help high school psychology teachers travel to and attend regional or national teaching and/or psychology conferences. Applicants may be awarded up to $250. Funds can be used to offset costs of travel, conference registration, and housing accommodations. Applications to attend the APA Convention (August 4-7, 2011, Washington, DC) are encouraged. $2,500 is available for funding. These grants are made possible through a generous gift from Dr. Lee Gurel.

The application deadline is April 15, 2011; for details on how to apply, visit http://www.apa.org/apf/funding/professional-topss.aspx.

The application deadline is May 1, 2011; for details on how to apply, visit http://www.apa.org/apf/funding/psychology-teacher-network.aspx.
Posted by Mary Lewis, Ph.D. at 9:36 PM No comments:

Columbus Academy's eighth annual Fashion Show and Silent Auction, a student-run event that raises funds for the National Eating Disorders Association, will be held this Saturday, March 5, from 7-10 p.m. at the Franklin Park Conservatory. You can reserve seats by purchasing tickets for
$25 by March 4. Tickets at the door do not guarantee seats. VIP packages for$75 per ticket include front row seats and an event t-shirt.
Posted by Mary Lewis, Ph.D. at 9:22 PM No comments: