Social Responsibility for Psychological Public Statements Made by Non-Psychologists

by Guest Blogger, Kevin Arnold, Ph.D. ABPP
Social responsibility is a broad term, defined on Wikipedia as “ethical ideology or theory that an entity, be it an organization or individual, has an obligation to act to benefit society at large. This responsibility can be passive, by avoiding engaging in socially harmful acts, or active, by performing activities that directly advance social goals” (Wikipedia). Psychologists act socially in both passive (e.g., decline to advise on effective torture methodology) or active (e.g., deliver behavioral programs to increase child car restraint use by parents) ways. For some psychologists, the opportunity to benefit society is ever present, such as when a psychologist writes for the public media. This blog provides three tenants regarding socially responsible public statements when confronting pseudo-psychology in the media or press. 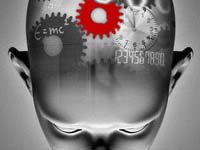 Claim Our Expertise. We psychologists have clearly defined expertise in the application of psychological constructs and research to everyday problems. We helped developed highly effective prevention programs for health, such as the smoking cessation program at the University of Rhode Island (e.g., Stages of Change), and regularly advise courts on issues ranging from parenting to violence potential. Unfortunately, non-psychologists lay claim to our constructs and theories when they write or make public statements as if experts on clearly psychological topics. Sometimes those writings or statements are benign, while at other times they can create the opportunity for harm. When the latter occurs, we must lay claim to our field, and take an active stance that our education, experience, and training give us unique capacity to apply psychology that others simply do not have. If psychologists fail to own our field, we could both lose our identity and allow pseudo-psychology to harm society.

Provide Reasonable Alternative Ideas. Far too often, non-psychologists (and sometimes psychologists) overstate the validity of psychological theories in media statements. For example, I have often heard attorneys say that witnesses will not admit to something that is against their interest unless the admission is true. Several psychological theories exist to explain the motivation to meet a task demand under stressful conditions. For example, suggestibility theory argues that false ideas can be implanted through leading questions or exposure to non-factual narrative descriptions. Drive reduction theory (most recently captured in Barlow’s concepts of escape and avoidance) explains efforts to reduce stress cause counter-intuitive behaviors (ala the Milgram experiments). Functional behavior analysis would argue that statements against one’s interests can function to provide social attention and rewards even when such statements are not true. Socially responsible psychologists have an obligation to actively inform the public of these alternatives to thwart the mis-perception that theory is truth, when in fact theory is but plausible explanation of data. 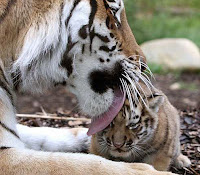 Correct Mis-representation of Psychological Research. Books, published articles, and media statements often rely on psychological research, or sometimes junk-science masquerading as psychological research, to appear authoritative. In my own experience, the articles and book by the “Tiger Mom” argued that research findings validated her claim that the majority of Asian parents in Asia used, essentially, authoritarian parenting while parents in the United States used overly permissive parenting. She further argued that research showed that her “Tiger Parenting” produced better academic outcomes. However, research specifically on the topic provided findings often either more equivocal than her statements or contradictory to her position. When psychological research is mis-represented, we must actively correct the errors in public statements. Psychologists have a social obligation to protect society against the mis-use of our research so that evidence drives public policy, not pseudo-science.

A Final Thought. I remember former president of APA, Ted Blau, once saying that graduate school often left psychologists with little self-confidence, and without the skills to speak authoritatively. He might have been right; and if so, many of us avoid or ignore the mis-use of psychology by others. But, our education is extensive, our experience accumulates knowledge, and our training is well-supervised. We learn psychological theory, social science statistics, complex research designs, and clinical application methods. Psychologists, most of all, speak with authority on psychology’s role in addressing social problems. Socially responsible psychologists strive to be heard over the din of talking heads and pundits who sometimes use our field to serve their own self-interests.

April 24-30 is National Infertility Awareness Week. Around 1 in 8 women and men are diagnosed with infertility. Bust the infertility myths! 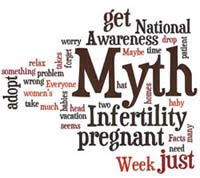 Myth #1: “This is ‘her’ problem—I don’t need to be an active participant.”

Busted!: Having a baby, whether it is the result of GOFI (good old fashioned intercourse) or with the help of a reproductive doctor can be one of the most intimate, connecting experiences a couple has.

The Hollywood image of a magical night of lovemaking yielding a positive pee stick result is simply replaced by an extra squeeze of your wife’s hand during an ultrasound, a quick breakfast date and kiss before the morning blood draw, and an extra long hug after an embryo transfer.

For more information, please visit the RESOLVE National Infertility Awareness Week website.
Posted by Committee on Social Responsibility at 9:46 AM No comments: 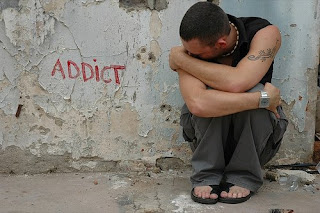 A recent NY Times article features Scioto County (county seat: Portsmouth) in Ohio. The article is entitled "Ohio County Losing Its Young to Painkillers' Grip" and gives a number of grim statistics, such as:

* Nearly 1 in 10 babies born in Scioto County are born addicted to drugs.
* In Ohio, the leading cause of accidental death is overdose, bypassing car accidents.
* Children as young as in junior high are being arrested for drug possession and intent to sell. 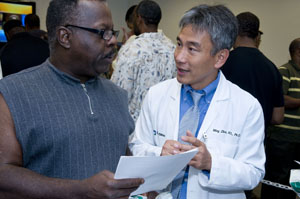 Last night, several psychologists represented OPA and Mental Health at the 9th Annual Cleveland Clinic Minority Men's Health Fair.  The fair serves over 2000 men and their families who come for screenings for everything from prostate cancer to depression.  There were over 50 booths and 20 free screenings offered.  Efforts such as this help to reduce healthcare disparities and  destigmatize psychology and healthcare for minorities.
It was a pleasure to talk with over 75 of the participants.  Some shared their positive experiences with psychology and therapy, as well as positive coping strategies they use to manage stress such as spirituality, meditation, exercise, and humor.  Others were seeking to build coping strategies and seek treatment for financial stress, caregiver stress, and coping with medical problems.  We were able to provide materials from the APA Public Education Campaign about resilience, stress management, obesity, and heart disease.  We also provided information about referral sources such as the Cleveland Psychological Association's "Find a Psychologist" feature.  What an exciting event!
Posted by Mary Lewis, Ph.D. at 8:49 AM No comments: 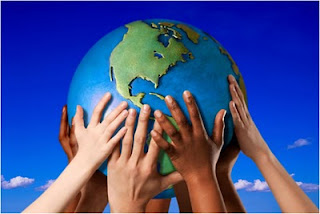 Minorities participate in great numbers in the school lunch program, and some school districts have devised ways to extend the food service over the summer to guarantee that lower income children have access to at least one full meal per day. Minority children are also particularly hard hit by obesity, high cholesterol and diabetes. Therefore, school food is a critical social determinant of the health of minority children. school meals could and should be also a great teachable moment, a pathway to a lifelong education on healthy eating and the environmental impact of our food choices. And we should not forget the link between good nutrition and ability to perform well academically, which has something to do with the persistence of the achievement gap.
Posted by Mary Lewis, Ph.D. at 8:21 AM No comments:

The Autism Society has been celebrating National Autism Awareness Month since the 1970s. The United States recognizes April as a special opportunity for everyone to educate the public about autism and issues within the autism community. The Centers for Disease Control and Prevention issued their ADDM autism prevalence report that concluded that the prevalence of autism was 1 in every 110 births in the United States and almost 1 in 70 boys. Psychologists work with children who have autism and their parents, and the American Psychological Association has some good information on Autism. For more information, please visit the Autism Society's Awareness Month page as well as the CDC's Information Page about Autism Awareness Month.
Posted by Mary Lewis, Ph.D. at 9:50 AM No comments: 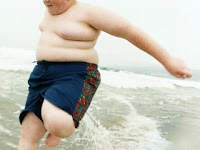 A recent study published in the journal Current Anthropology revealed that stigma against obese individuals is spreading, not only in countries such as the U.S. and Europe, but also in countries where being "fat" was previously seen as a sign of wealth and prosperity. This NY Times Well Blog article discusses the research in more detail. For more information on the Mind/Body connection and Obesity, please visit the APA Help Center's Obesity link, as well as APA's tip sheets on Obesity.
Posted by Mary Lewis, Ph.D. at 9:15 AM No comments: