Mental illness impacts all sectors and populations across the globe, and exacts heavy costs with regard to both economic and human suffering. However, our mental health care systems do not effectively treat individuals; this is especially true at the acute level. During the 1970s, there was a global deinstitutionalization of long-term-stay mental health care hospitals. With increased effectiveness of psychotropic medication, patients were better able to function independently through the support of outpatient community services. What remains are acute psychiatric wards of hospitals, which largely serve as a stabilization hub for patients who pose a threat to themselves or the community, with the typical stay lasting between three to seven days. Additionally, social workers and providers sometimes work to connect these patients with community services upon discharge, to ensure they receive appropriate long-term treatment.

However, the experience one has within these wards, and upon discharge, varies drastically depending on insurance, location, and even the occupational culture of the ward. Furthermore, whether patients seek out community services upon discharge is largely dependent upon their ability to pay for these services and their trust of the system.

While there are many contributing factors to the quality of care within acute psychiatric facilities such as funding mechanisms, policy, and location, it has been suggested that the staff-patient relationship is potentially one of the most important moderators of patients’ perceptions of quality of care and treatment outcome. This makes intuitive sense, as patients interact with the staff workers more than they do anyone else; meetings with a psychiatrist last only two to fifteen minutes a day. The occupational culture of staff workers, or their shared beliefs and norms, shape the way the staff interact and view patients.

This, of course, is also influenced by the overarching culture of the administration and hospital at large, and also by the patients’ behavior. Additionally, there are no standardized credential-requirements to work within these wards; therefore, some places have workers who lack necessary training, and often carry a good deal of stress due to being underpaid and overworked. 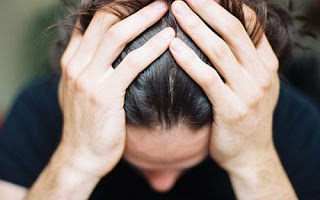 Currently, investigation of psychiatric wards is sparse, with very little integration of patients’ perspectives.  Such lack of input from patients is disconcerting, as these individuals are the sole consumers of this care. Therefore, their insight into the treatment experience should be of unique value. However, it is the unfortunate case that patient-perspectives are not valued at the research level as much as provider and nurse feedback; this is largely due to the stigmatic belief that patients lack insight. This outdated and extreme view only works to oppress individuals who find themselves in need of such services, as it prevents them from having an active voice in the treatment process and to be taken seriously when possible mistreatment is at-hand. Furthermore, it sends the message that society views these individuals as problems to be taken of, rather than humans in need of help and sensitivity, and creates a divide of “us vs. them.”

I am currently working on a project where I collect personal testimonials from former patients. There are common themes of invalidation throughout the experiences I have listened to and received. One woman stated that she felt like she was treated like a prisoner during her stay on an acute psychiatric ward, and eventually started to view herself as a bad person being punished, instead of a sick person receiving treatment. She explained that she did not have insurance at the time, and was therefore transported to a state–ran facility.  When she arrived, she immediately felt like a prisoner; there were many rules, she could only use the phone for a few minutes a day, and most of the staff workers ignored her concerns. She was never told what type of medication she was on, and when she tried to refuse medication, she was threatened to be restrained and put into a locked room alone.

Without much choice, she ended up taking the medication, even though it made her ill and eventually paralyzed her neck. It was only when her neck was paralyzed that the staff listened to her complaints by adding a countering medication to her cocktail. After she was discharged, she struggled to rebuild her sense of self and trust of the mental health care system. This story exemplifies disconnected, demoralizing, and dehumanizing aspects of a mental health care system intended to heal. This is not the affect these places are supposed to have on people; it is counterproductive and has serious ethical concerns.

Of course, there are many staff workers and nurses who work their hardest to maintain compassionate interactions with patients, and I don’t mean to insult their efforts. This is not meant to serve as a blanket generalization of the entire system. There are effective and humane wards that serve the community well, but there are also units that have the potential to do more damage than good, and these should not be overlooked. It seems clear that there needs to be more attention given to acute psychiatric care, with an emphasis on increasing its quality and humanity. There needs to be more research of not only patients’ lived-experiences, but also further investigation of staff workers perceptions of their responsibilities and role within the hospital system, in order to better understand the complex interplay between the hospital, administration, staff, and patients.

I personally believe that stigma underlies most of the disconnect we see within these wards. It is not only the staff workers who can sometimes view patients through stigmatic lenses, but it is also the providers and the community at large. As a society, we have been conditioned to view suffers of mental illness to exist on the periphery of what we consider worthy of acceptance, respect and love. Therefore, not only can a change in policy improve conditions, but so can a change in culture. The latter may be the hardest part to change, but it can be done with time, persistence, and openness.
* * * 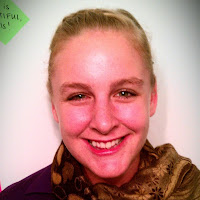 Morgan is currently a senior at Kent State University, majoring in psychology. Prior to college, she served in the AmeriCorps National Civilian Community Corps, where she traveled the country working for various non-profits and government agencies. During her service, she interacted with the homeless population on a regular basis, and saw our system’s failure in the lives of these individuals. Once she started college, she began working as a Research Assistant in the Clinical Neuropsychology Laboratory, under Dr. Mary Beth Spitznagel, and the Emotion, Stress, and Relationships Laboratory under Dr. Karin Coifman. She has numerous research presentations under her belt, as well as several manuscripts in the works. This past summer, Morgan was awarded a research fellowship by the National Science Foundation to study under the mentorship of Dr. Richard Davidson at the University of Wisconsin – Madison. While there, she was exposed to research projects that focused on cultivating compassion and empathy. Currently, Morgan is applying for a Fulbright scholarship, to study at the University of Waterloo, in Ontario, Canada. If awarded the Fulbright, her project will focus on investigating how the occupational culture of staff workers within acute psychiatric facilities influences the staff-patient relationship. She will collect perspectives from both staff and patients, and hopes to elucidate the enormous value of patient-perspectives. Morgan plans to continue her education and research at the PhD level in a program where she can focus on studying mental health care and stigma.
Posted by Mary Lewis, Ph.D. at 10:05 AM No comments: